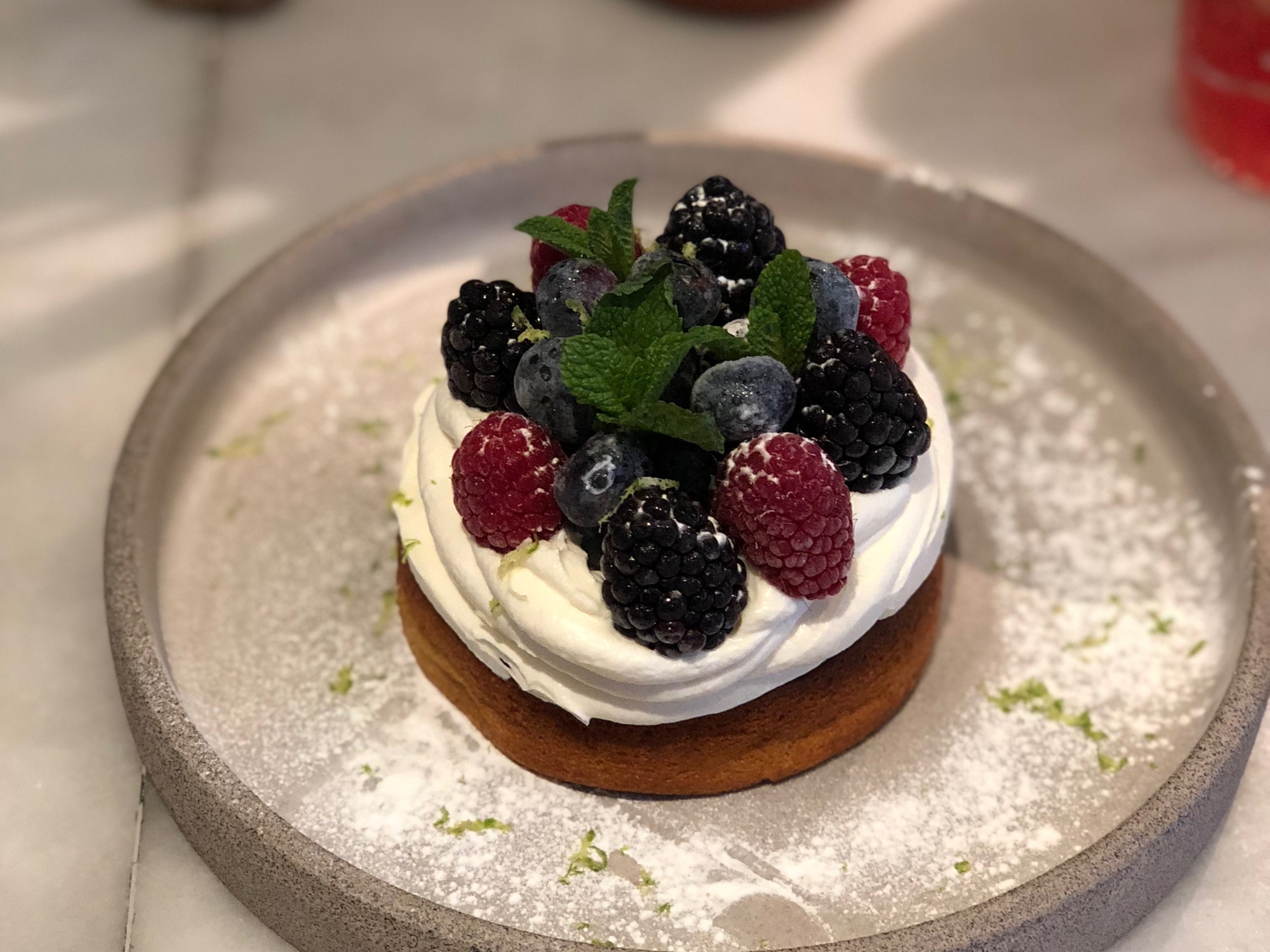 I ate loadsss at the beginning of this year, and have been documenting my eats behind the scenes. I haven’t had time to publish these posts, so, as the year comes to an end, I thought I’d take a look back and share my weekend eats from each of my trips to London.

Instead of doing reviews by individual restaurants, I’ve decided to make each post a summary of my weekend adventures. So instead of one restaurant per post, it’ll be all the places I went to during that week/ weekend, like a weekend report! I hope that makes sense?

Red farm is a popular New York dimsum spot and when I saw that they were opening up a spot in London, I OBVIOUSLY had to try it.

I went for their famous pacman dumplings. 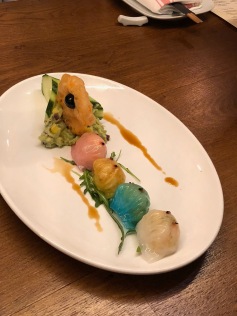 But my favourite dish of the night was the mango salad. I was not expecting it to taste as good as it did, but MATE, it was sensational. The mango chunks were sweet and the dressing was so creamy. It was also very pretty to look at. 😍 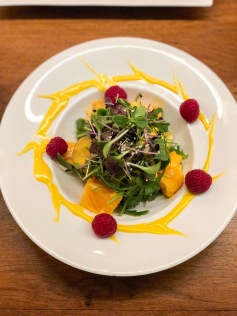 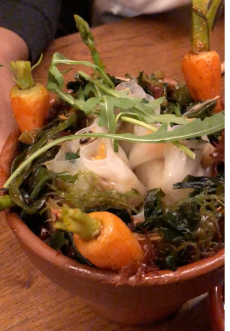 I’d go again for the salad, not so sure about the dumplings.

Brunch at Jacob the Angel

Brunch is probably my favourite meal EVER. I LOVE eggs in all forms. Scrambled, boiled and especially in cake!

Jacob the Angel is a small cafe in Seven Dials. It’s pretty much always packed, but I managed to grab a seat and people watch while I ate my avo toast and coconut cream pie. 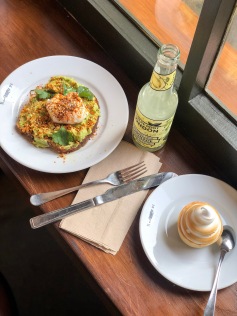 I thought I was getting a thing for runny eggs, but I’m not so sure.

I really went for the coconut cream pie. A sweet treat that definitely satisfies any sweet tooth- even my seemingly unsatisfiable one.

While I enjoyed being vegan for the entire month of January, I was craving some good steak. I believe in honouring your cravings, so obvs I needed to listen to my stomach and find some good steak. 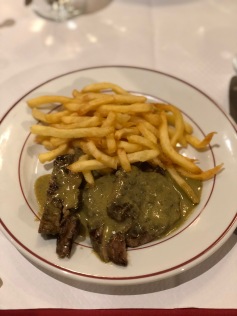 L’Entrecote is a very popular steak restaurant. Their approach to keep feeding you until you’re about to burst is pretty special. I’m not even going to talk about how cooked I like my steak, it always seems to spark arguments. My brother recently asked me if I was a goat because I got well done steak, UH? RUDE?  Goats don’t even eat meat? so, how about everyone minds their business? 🙄

I don’t really have to say much about this. I’ll just leave you with this photo! 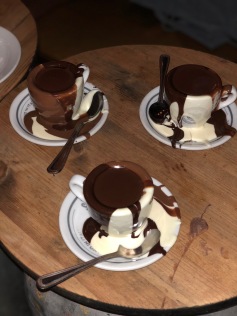 As I said earlier, brunch is definitely my fave meal. OPSO is a greek restaurant serving the most delicious cake like fluffy pancakes, smothered in yoghurt with frozen fruit. 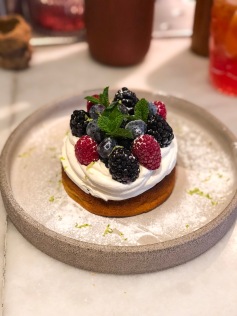 UGHHHH, so so yum. Unlike any pancake I’ve ever had. 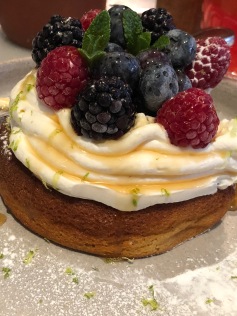 Also had to get Spanakopita, DUHHHHH. Also served with greek yoghurt! 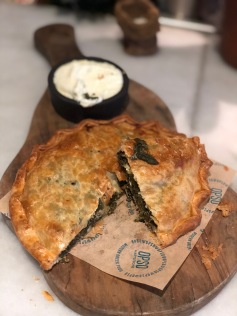 And that brings me to the end of this post!

See you on the next weekend report!

2 thoughts on “London Eats I”